As living manifestations of religion, Roman festivals were inscribed in the calendar (a word taken from the first day of each month, called "Kalendes" - hence the expression : "to send back to the Greek calendars" for a date postponed "sine die" - without a fixed day) and gave rhythm to it. Always celebrated in honour of one or more deities, they were generally fixed (« stativae ») and were all the more linked to the calendar as, at the beginning of each month, the calendar of the month was announced to the assembled people. Their nature was indicated by their name, usually ending in « -alia ».

First, the students chose a festival from the ancient Roman calendar so that each month of the year was represented.

Then they researched on what date and in what place the festival took place, who was celebrated there, its origins, how it was carried out (sacrifices, rites, processions, etc.), an extract from a Latin text describing it, a representative image and a current event or a work (literature, cinema, painting, etc.) inspired by it.

Finally, they formatted their research in a powerpoint slide, then all the slides were displayed as a frieze in the room of the Jean Bart High School where the students take Latin and Greek classes. 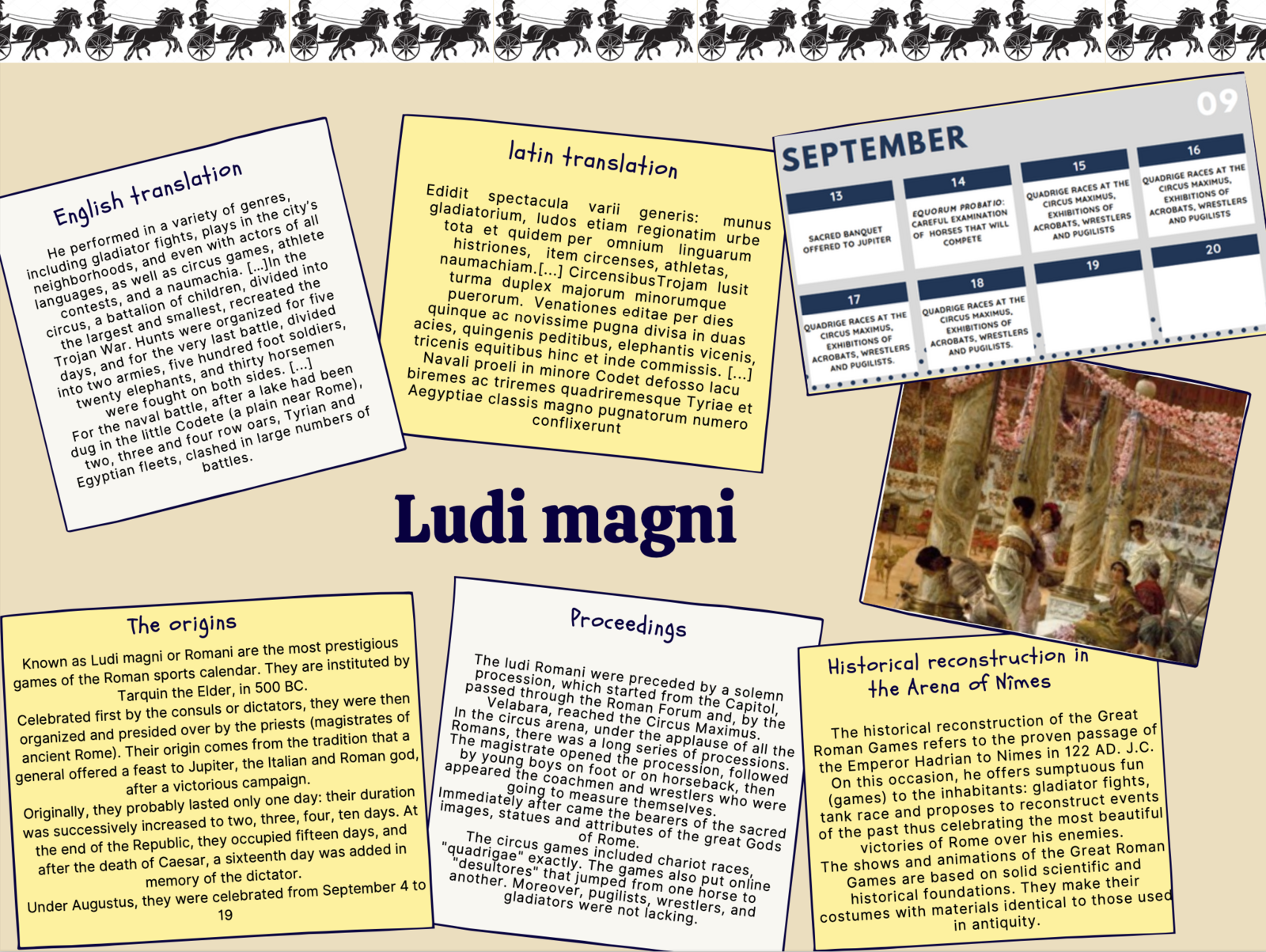 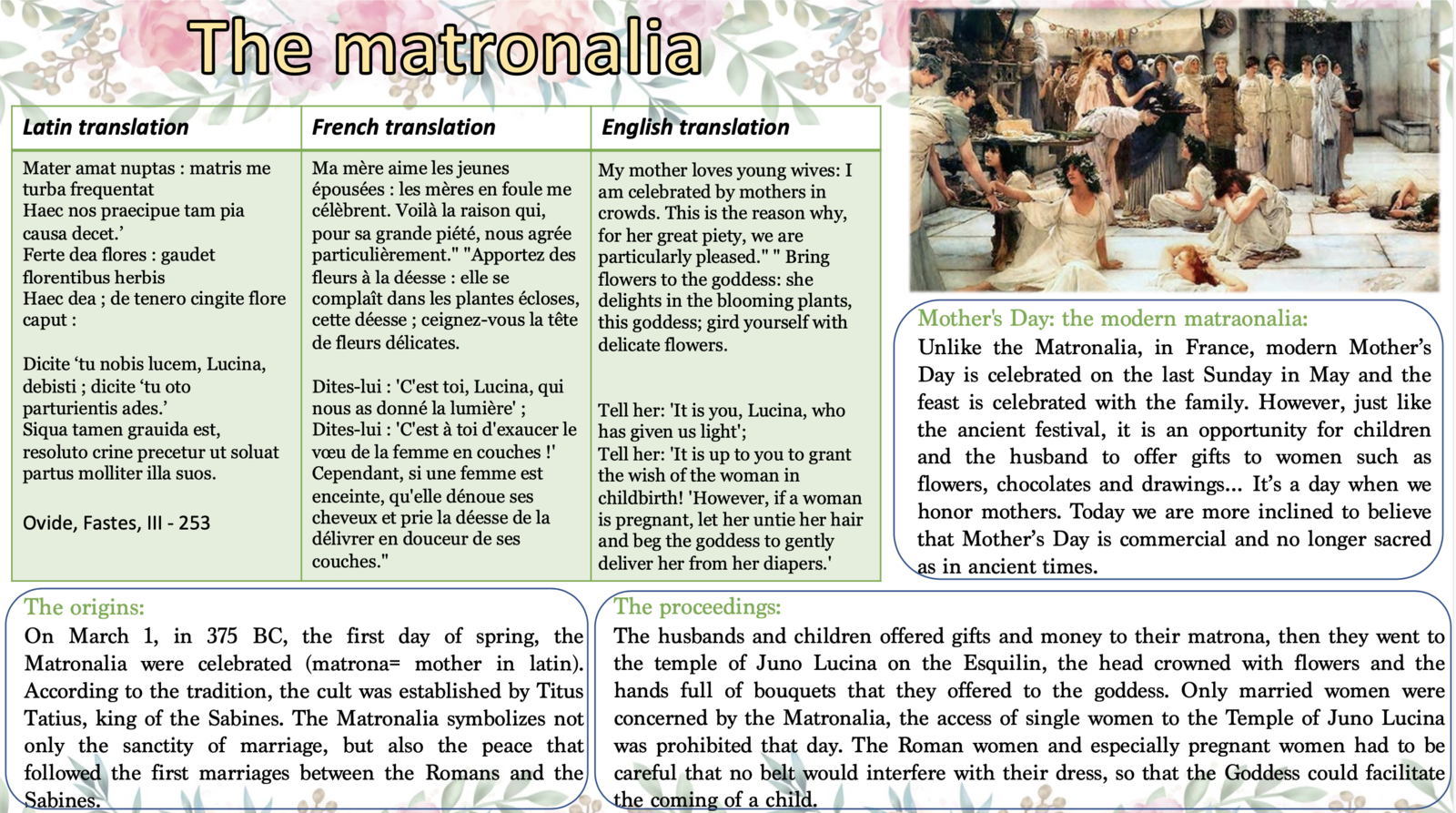 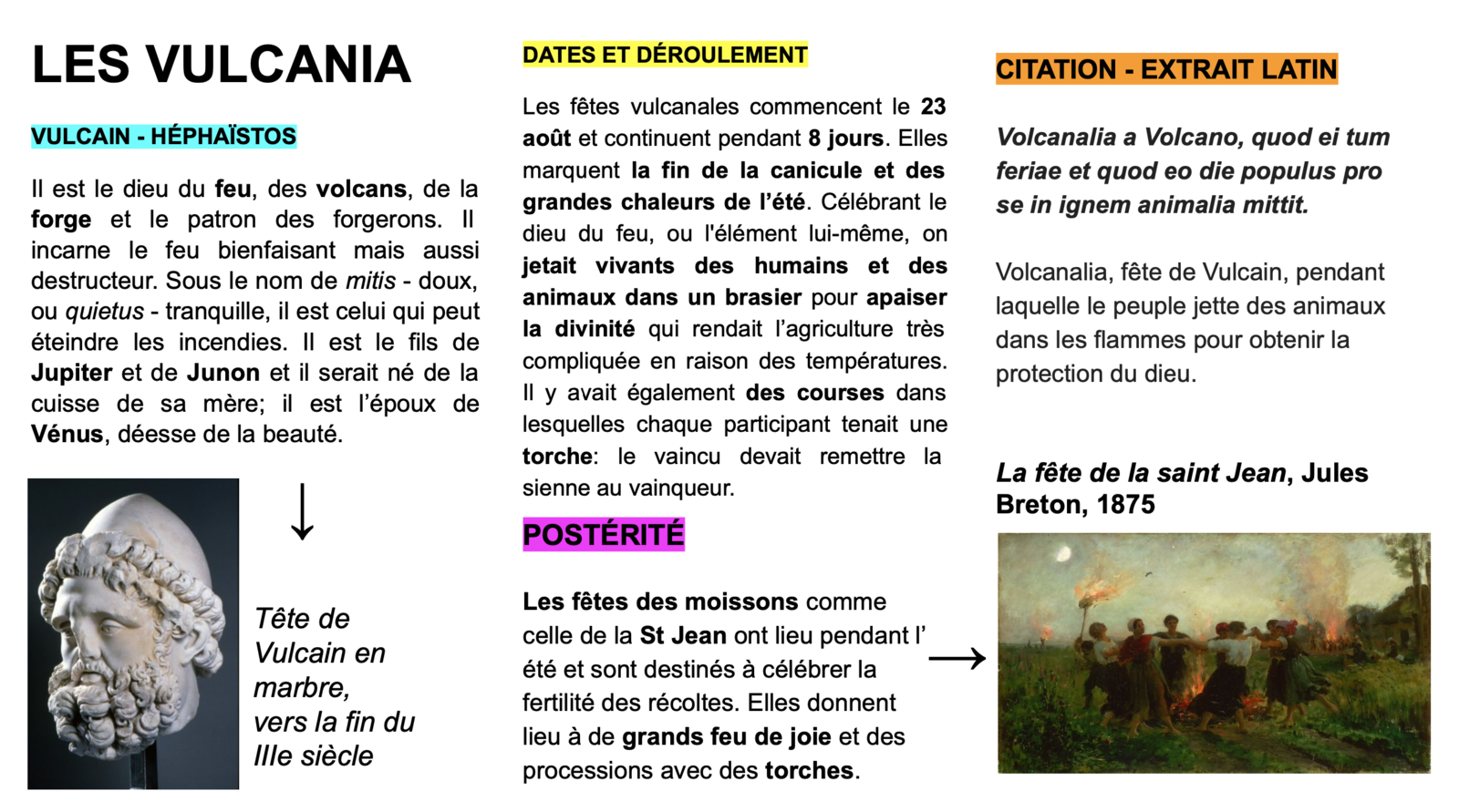 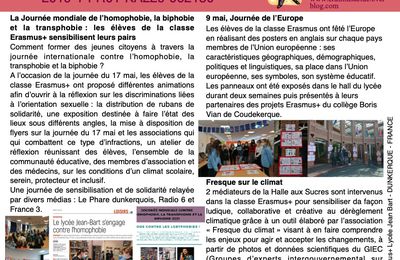 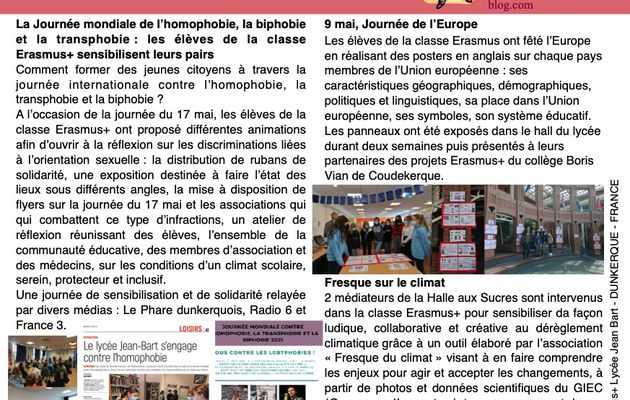 Within the framework of Latin courses on relationship between Rome and Greece and Sicily , students research an... At the end of a class work on the heroes of the Trojan War through the reading and study of extracts from Homer's... 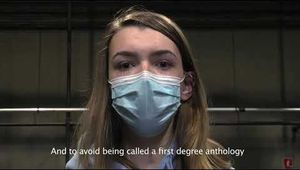 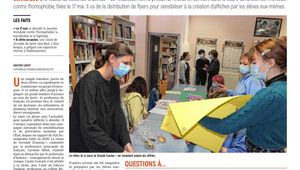